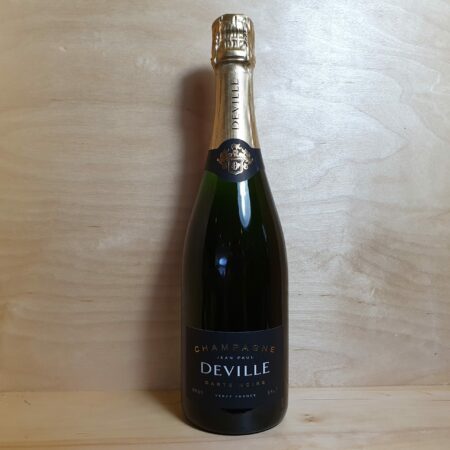 France, Sparkling Wine
£31.00
Jean-Paul Deville is situated in Verzy and produces great wines and provides excellent value.  The blend is dominated by Grand Cru Pinot Noir grapes (75%); it is an elegant style but with some richness and depth.
Add to wishlist
Add to basket
Quick view

France, Dessert Wine & Fortified Wine
£15.95
This is a beautiful dessert wine from John & Nicola Bojanowski's organic winery in St.Jean de Minervois, deep in the Languedoc countryside. Made from that grapiest of grapes Muscat, this is floral and fruity with aromas of orange flower and honeysuckle combining with flavours of sweet pink grapefruit and mandarin. The finish has such a refreshing tang that you can drink it on its own as an aperitif, but it would also take kindly to strawberries and fruit pastries.
Add to wishlist
Add to basket
Quick view 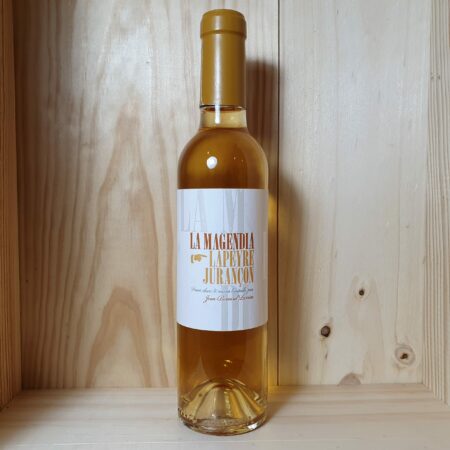 France, Dessert Wine & Fortified Wine
£15.95
Jean-Bernard Larrieu makes some of the best wines in Jurancon at Clos Lapeyre. This isolated area lies inland in the foothills of the Pyranees and is home to some of the best sweet wines France has to offer (without paying Sauternes prices). Petit Manseng is the main grape for producing these delicious, honeyed wines and it's bright acidity is what makes it so successful; no matter how rich and unctuous the wine, it still feels fresh and mouth-watering on the finish. In case you were wondering, La Magendia means 'the best' in the local Occitane dialect; very fitting, as this is truly stunning. Perfect with fruit desserts (rhubarb or apple crumble...?) and is a star with blue and rind-washed cheeses.
Add to wishlist
Add to basket
Quick view 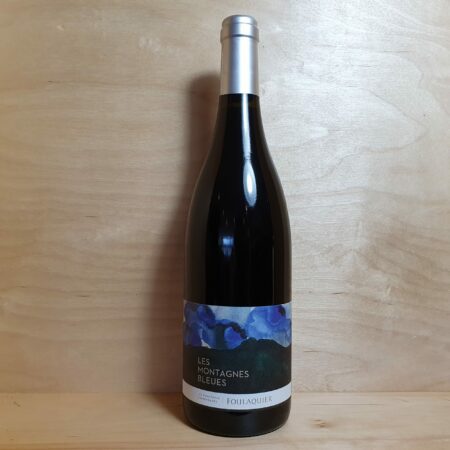 France, Red Wine
£17.95
100% Grenache NoirWith its old stone farmhouse built over centuries Mas Foulaquier is situated at the northern edge of the designated Pic Saint Loup ‘cru’. The farm overlooks a large plot of 8 hectares of sloping vines, similar to an enclosed Burgundy parcel. In addition to this lovely setting, the property is part of the exceptional Pic-St-Loup terroir: a pebbly landscape warmed by the southern sun and cooled by the climate of the lower reaches of the Cévennes. The method of viticulture is driven by love for this rugged environment, and respect for this magical and unspoilt landscape. The vines are therefore cultivated and treated with biodynamic preparations applied in accordance with the biodynamic sowing calendar. This wine is a true and vibrant expression of Grenache and the land from which it comes. The wild perfume explodes from the glass and the palate has such beautiful purity of dark fruit flavours. Perfect with grilled or roast meats. Lamb and pork especially.
Add to wishlist
Add to basket
Quick view 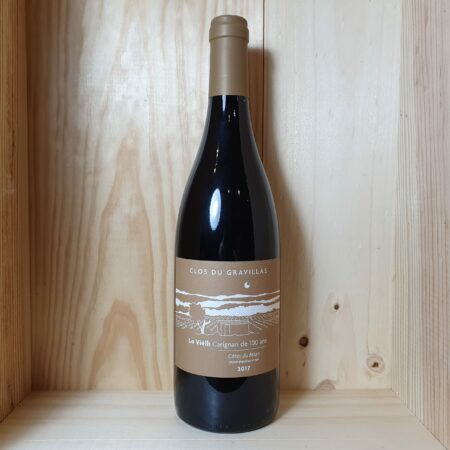 France, Red Wine
£24.95
Clos de Gravillas is an organic estate based in the tiny hamlet of St Jean de Minervois, deepin the Languedoc countryside. Here, John and Nicole Bojanowski make some of the region's most interesting wines. The Carignan vines that make this wine are from a high gravelly vineyard and are over 100 years old. This gives the wine real character, as if the vines have soaked up the minerals of the earth and the flavours of the surrounding Garrigue. This is a dark, powerful wine that is a perfect match for slow roasted, herby meats. Unique and beautiful, this is Southern French wine at it's best.
Add to wishlist
Add to basket
Quick view 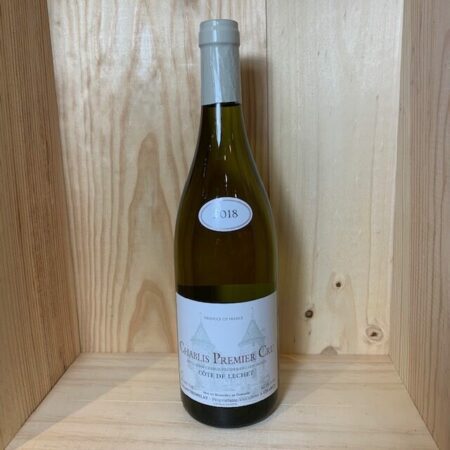 France, White Wine
£27.95
Gerard Tremblay is one of Chablis' most admired winemakers and this 1er Cru shows just why. Much richer than his (already delicious) village level wine, this has real depth and complexity and the finish is much longer. Gerard's wines go into some of the World's top restaurants, and you can see why when you taste this; there is nothing showy or modern (oaky) here, just pure elegance and class. Perfect for shellfish dishes (I seem to remember first having one of Gerard's 1er Cru wines with Langoustines in a creamy sauce at La Gavroche mmmm) as well as making simple grilled fish into a special occasion.
Add to wishlist
Add to basket
Quick view 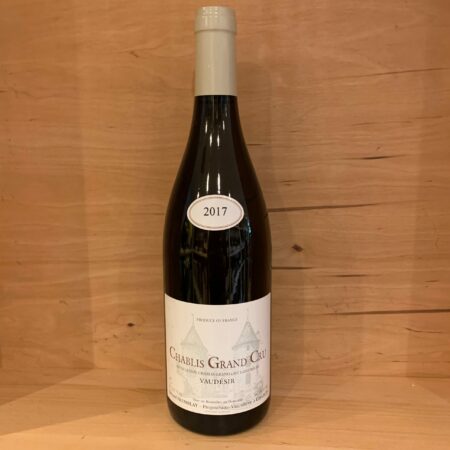 France, White Wine
£48.95
Gérard Tremblay and his wife, Hélène, oversee a domain that they inherited in a line of five generations, but which they have mostly built themselves. With 80 acres of vines under production, most of them in the best Premier Cru and Grand Cru appellations, their list of Chablis is among the most prestigious in the region. Tremblay is known locally as an accomplished wine maker. He is justly famous for his ability to draw out the typicity of distinct appellations, underlining the terroir of his vines vintage after vintage.Set between Preuses and Grenouilles, the Vaudésir climat is divided into two parts by the track called “le chemin des Vaudésirs”. Very steep in places, its soil type seems rather lighter than most, and contains less lime. This increasing “earthiness” tends to mark the wines, which can be drunk young if one is looking for crispness. The full structure of the wines will take several years to develop however, as with all the Grands Crus. Their extreme delicacy has given Vaudésir the reputation of being the most feminine of all the climats.An elegant wine for the finest occasions.
Add to wishlist
Add to basket
Quick view 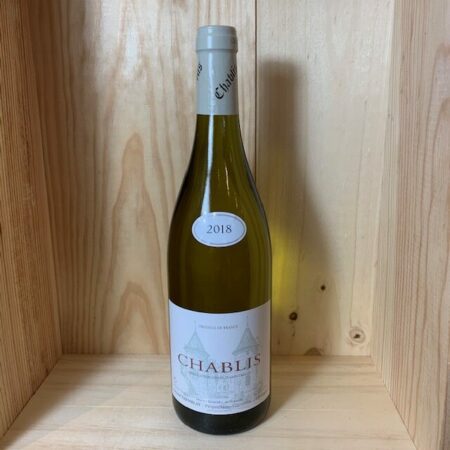 France, White Wine
£19.95
Gérard Tremblay and his wife, Hélène, oversee a domain that they inherited in a line of five generations, but which they have mostly built themselves. With 80 acres of vines under production, most of them in the best Premier Cru and Grand Cru appellations, their list of Chablis is among the most prestigious in the region. Their wines are mostly sold direct from the winery, or are snapped up by top restaurants, they don't often appear for retail. This wine has all the hallmarks of great Chablis, clean and minerally but with a depth and length of flavour that lets you know you're dealing with serious a winemaker here. Perfect with shellfish..how about a lobster salad? Or big garlicy prawns? Oh yes please!
Add to wishlist
Add to basket
Quick view 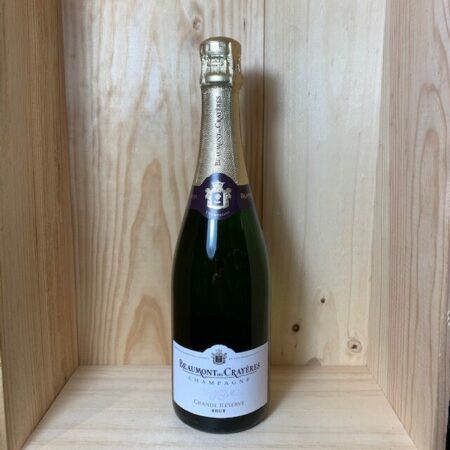 France, Sparkling Wine, Wine Offers
£32.95
Lovely Champagne at a great price. Perfect for entertaining and made in a fresh, aperitif style. Well-balanced and delicious.
Add to wishlist
Add to basket
Quick view 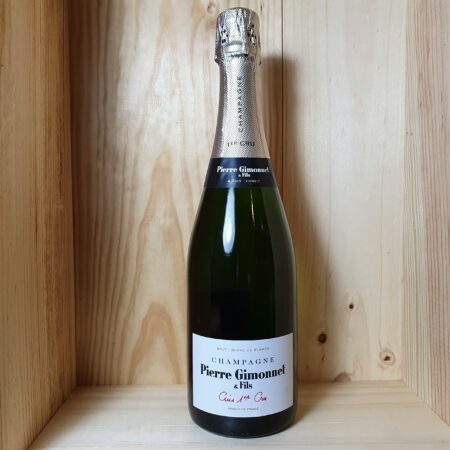 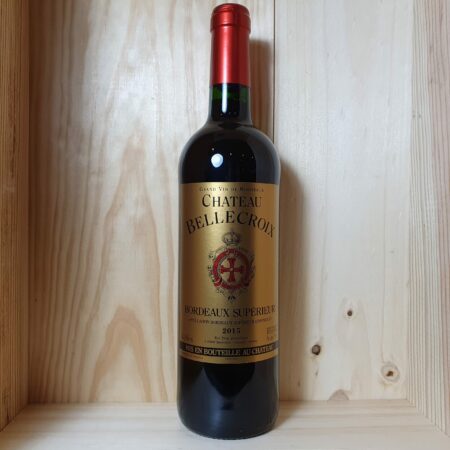 France, Red Wine
£10.95
Château Bellecroix has a long and rich history dating back to the late 1800's. It was purchased in the 1970’s by owner of Château Haut Calens, Albert Yung. Albert has since embarked upon a programme of modernising the entire estate, replanting the vineyards and rebuilding the winery and cellars. Located on the right bank of the Garonne, the clay and gravel soils are ideal for growing Merlot and Cabernet. The 35 acres of vines average 25 years of age and yield healthy, richly flavoured grapes. This wine from the superb 2015 vintage is a blend of 60% Merlot and 40% Cabernet Sauvignon. It's a silky-textured, medium bodied Bordeaux with blackcurrants, black cherry, violets and a hint of Cedar box. Finely balanced by lively acidity and smooth tannins.Great value Claret! Goes with roast beef and lamb of course...
Add to wishlist
Add to basket
Quick view
Shopping cart
close

Create an Account
Start typing to see products you are looking for.
Shop
Filters
Wishlist
0 items Cart
My account